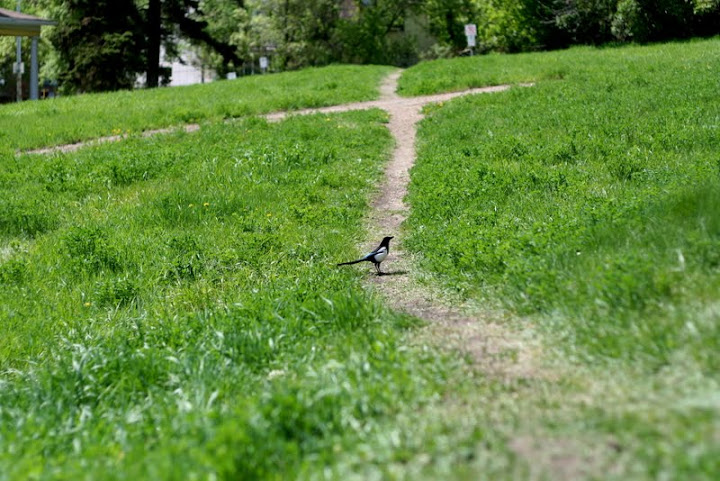 I walk at right angles in this city – zigzagging along north-bound streets and east-bound avenues, returning home in reverse: two blocks south, three blocks west, one block south. As the bird flies, I would soar north-east in the mornings, and come home to nest south-west.

They say that birds have a built-in compass, but I can’t imagine that it works quite the same as ours. What would be the use of four cardinal points when there are so many other directions to fly? We like to say that the birds fly south, but really it’s more like south-south-west, or east-south-east. If a bird were to migrate due south from alaska, it wouldn’t see land ’til it hit the south pole. The sky isn’t gridded, and neither is the ground, really. Sure, there are squares of streets, and avenues, and houses, and sidewalks, and sometimes we start to forget that there’s space in between – that the streets are not tightropes, that we can step off of them and we won’t fall. We can step off, and take flight with our feet on the ground, carving with winged shoes through open green.

Today, I walk two blocks south, on block west, and find a patch of grass. I turn west-south-west and fly home.